There are plenty of websites and information resources offering some very good historical perspectives of Stout (even Wikipedia offers an excellent summary). And, of course, there are the Stout aficionados that are all too willing to offer technicals to the nth degree.  The bottom line up front (BLUF) is this: the derivation and history of Stout is intertwined with Porter dating back to London in the early 1700s (arguably 1677 – see generally the Egerton Manuscripts, maintained by the British Library).  Technically speaking, all Stouts are Porters, but not all Porters are Stouts.  Porter originated in London in the early 1700s.  Brewers used malts kilned through new techniques, which were darker and more complex than paler malts in common usage at the time.  The resulting ale was dark, complex, robust, and aged well, thus making it an ideal beer to create and transport throughout the British Empire.


Traditionally, “Stout Porter” is a stronger variation of Porter.  This stronger Porter was dubbed “Stout” to indicate its sturdiness and higher alcohol content – typically in the 7 to 8 percent range – and its corresponding more complex texture and flavor.


The seminal development in the evolution of Porter and Stout came in the late 1700s or early 1800s when there was a shift away from exclusively using Brown or Pale Malt to incorporating Patent Malt.  The European Beer Guide describes this evolutionary step as:

The large London Porter breweries pioneered many technological advances, such as the use of the thermometer (about 1760) and the hydrometer (1770). The use of the latter was to transform the nature of Porter. The first Porters were brewed from 100% Brown Malt. Now brewers were able to accurately measure the yield of the malt they used, it was noticed that Brown Malt, though cheaper than Pale Malt, only produced about two thirds as much fermentable material. When the malt tax was increased to help pay for the Napoleonic War, brewers had an incentive to use less malt. Their solution was to use a proportion of Pale Malt and add colouring to obtain the expected hue.
When a law was passed in 1816 allowing only malt and hops to be used in the production of beer (a sort of British Reinheitsgebot) they were left in a quandry. Their problem was solved by Wheeler´s invention of patent malt in 1817. It was now possible to brew Porter from 95% Pale Malt and 5% patent malt, though most London brewers continued to use some Brown Malt for flavour.
﻿﻿﻿﻿﻿﻿﻿﻿﻿﻿
Through the years since the 1700s, variations to stouts evolved including Imperial or Russian Stout, Oyster Stout, Milk Stout, and Oatmeal (Breakfast) Stout.  In the 1800s, the term “Chocolate Stout” evolved from its first use indicating the use of dark, chocolate-colored malt to the modern understanding that chocolate or cacao are actually added to the beer make-up.  Recently, blonde Stouts are starting to show up in certain craft breweries.

The main difference between Stouts made in America and those made in the native United Kingdom are the hops and to a lesser extent the malt.  American Stouts are made with English Noble hops, but also infused with American hops, which tend to provide a bit more bitterness.  UK Stouts are made pretty much strictly with English Noble hops.  Brew Your Own® (BYO) Magazine has a great article describing Stout, specifically going into depth about the grain bill(s).
I understand - Stouts can be intimidating.  There rich, full body leaves initial impressions of a heavy, bitter beer.  While this is true to a certain extent, but certainly Stouts offer a robust alternative similar to a cup of hot chocolate.
Posted by Christopher L. Warner No comments:

Generally, there are three varieties of Pale Ale: English, Belgian, and American, all clocking in at the 5-5.5% ABV range.  English Pale Ale may be slightly lower at 3 - 5.5%.  English Pale Ale (aka English Bitter) is notable for its caramel or butterscotch notes coming from British yeast, with English hops providing a fruity or floral aroma.

Belgian Pale Ale are somewhat malt-forward as compared to their English counter-part with a much more pronounced yeast characteristic.  Rather than hops as an accent, Belgian Pale Ale may provide peppery, orange, or citrusy notes.

Anchor Brewing out of San Francisco has an excellent Tale of Pale Ale on its blog.

CONTENT COMING SOON...but as promised, here is the link to the Avery Brewing article Patrick mentioned during our interview.  I cannot vouch for the website... 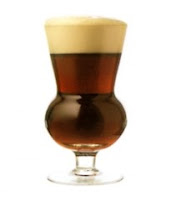 
Emphasis on the “ISH.” There is a bit of confusion that developed over the last few years amongst craft beer enthusiasts when it comes to Scottish Ale. The name has been associated with dark, high ABV beers aged in whiskey barrels, but this is far from what traditional Scottish Ale is. Scottish Ale is a dynamic, rich in history British ale favoring malt flavors over hop. This blog article supplements Podcast 5, “Scottish Ale,” on TAPROOM TALK, the spoken word of the HOMETOWN CRAFT BEER NETWORK.


Historical knowledge tells us the necessity of brewing beer dates back as far as 5500 years (roughly 3500 BCE) to Mesopotamia (modern day Iran and Iraq), during the late Copper Age.  This time period also coincides with the introduction of agricultural processes to the region, including the mass production of grain.  With the manufacturing of copperware and abundant grain, it’s reasonable to associate the modern Middle East with early beer brewing. 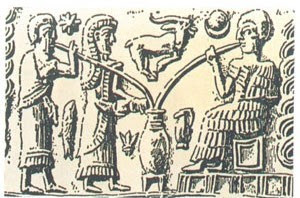 
So, what does beer brewing in the Middle East have to do with Scottish Ale?  At the time the Mesopotamians were just getting started brewing beer, tribal inhabitants of the British Isles were just entering the Neolithic period.  Just to give some context, the Neolithic period is largely associated with the building of Britain’s widely known stone structures and megaliths.  This period also included the introduction of British Isles-specific agricultural processes.  Barley, in particular, grew well across the region and the rea associated with Scotland saw heavy migration between other European tribes.  Ales made from herbs and flowers, known as gruit, were typically brewed. 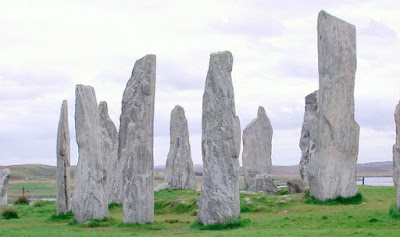 
Through the centuries, Scotland, as well as Ireland and England, developed their own brewing processes and use of interesting ingredients.  To be completely forward, most brewing in these days was done by women. [1]  In the 1700s, beer brewing was starting to shift more towards entrepreneurial interests.  Edinburgh emerged not only as Scotland’s governmental capitol, but it's beer brewing capitol as well.


With the gain in popularity of English porters and pale ales, as well as German Lagers, Scottish Ales began to fall out of international favor, falling back to within Scotland as the primary area of production and enjoyment.


Scottish Ales were brewed with some unique aspects.  First, Scottish maltsters were also usually the brewer. [1]  This connection brought a bit of a higher quality of malt going into the beer.  Scots practiced sparging, which we know today is an integral part of the brewing process, essentially rinsing with hot water the mashed grain, drawing out as much of the sugars as possible.  English brewers, by contrast produced several batches of beer from a single mash (parti-gyled) 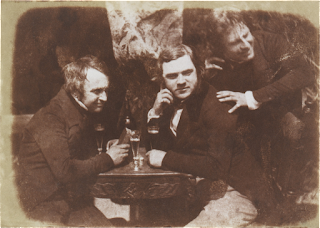 Hops did not grow well across the British Isles and were very expensive to import; thus, hops were used sparingly in British beers, including Scottish Ale.  Hops bought but not used were saved and stored, losing some of the bittering, flavoring, and aroma-producing alpha and beta acids.


Finally, yeast was a bit problematic as well.  The cooler temperatures demanded a viable yeast at cooler temperatures.  This conjures notions of lager yeast, but ale yeast was typically used.  Because “ale” fermentation was at lower temperatures, more time was needed and typically pulled off under=fermented. [1]  The cooler climate also lent itself to cool-conditioning (lagering) Scottish Ale, leaving a wonderful malt-forward, full-bodied, drinkable beer.


Modern Scottish Ales are further segregated into three separate varieties: 1) Light, 2) Heavy, and 3) Export.  Please do not associate “Wee Heavy” with Scottish Heavy – they are two distinctly different beers.  Scottish Light, Heavy, and Export are all relatively similar in characteristic; however, differ in terms of alcohol content.  Now, Scottish Ale aficionados will argue there is much more – and to a certain extent there is.  Scottish Lights are brewed with the least amount of grain; therefore, Light has the least alcohol by volume (ABV) coming in at between 2.5 – 3.2%.  Truly a session ale.  Heavy comes in at 3.2 – 3.9%.  Again, a sessionable beer, but on the top end.  The higher ABV indicates a bit of a more complex grain bill and with it a bit more complexity.  Finally, Export is a 3.9 – 6.0%+.  The term “export” indicates its original intent which was as an export product from Scotland to other beer-loving regions.


The Scottish Light, Heavy and Export guidelines read nearly the same for each style of beers. As the gravity increases, so does the character of the beers in question. Historically, the three types of beer were parti-gyled to different strengths, and represented an adaptation of English pale ales but with reduced strengths and hopping rates, and darker colors (often from added caramel). More modern versions (post-WWII, at least), tended to use more complex grists.

Scottish Ale, emphasis on the “ISH” is not Scotch Ale, no “ISH.”  Scotch Ale is indeed the higher ABV cousin to Scottish Ale.  Scotch Ales, also referred to as “Wee Heavy” comes in at 6.5%+ ABV, often exceeding 10%.  The grain bill is much more complex and truthfully, Scotch Ale (no “ISH”) is closer to a Barley Wine than it is to a Scottish Ale.  We’ll address Scotch Ale in a later blog and podcast.

The original meaning of ‘schilling’ (/-) ales have been described incorrectly for years. A single style of beer was never designated as a 60/-, 70/- or 80/-. The schillings only referring to the cost of the barrel of beer. Meaning there were 54/- Stouts and 86/- IPAs and so on.

The Scottish Ales in question were termed Light, Heavy and Export which cover the spectrum of costs from around 60/- to 90/- and simply dark, malt-focused ales. The larger 120/- ales fall outside of this purview as well as the strongest Scotch ales (aka Wee Heavy). 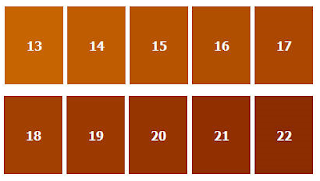 
OVERALL IMPRESSION: Malt-forward with little or no hop bitterness or aroma.  Notable flavors of caramel, toffee, or caramel.  Sweetness sometimes subtly accented with herbs or flowers (look for Heather). 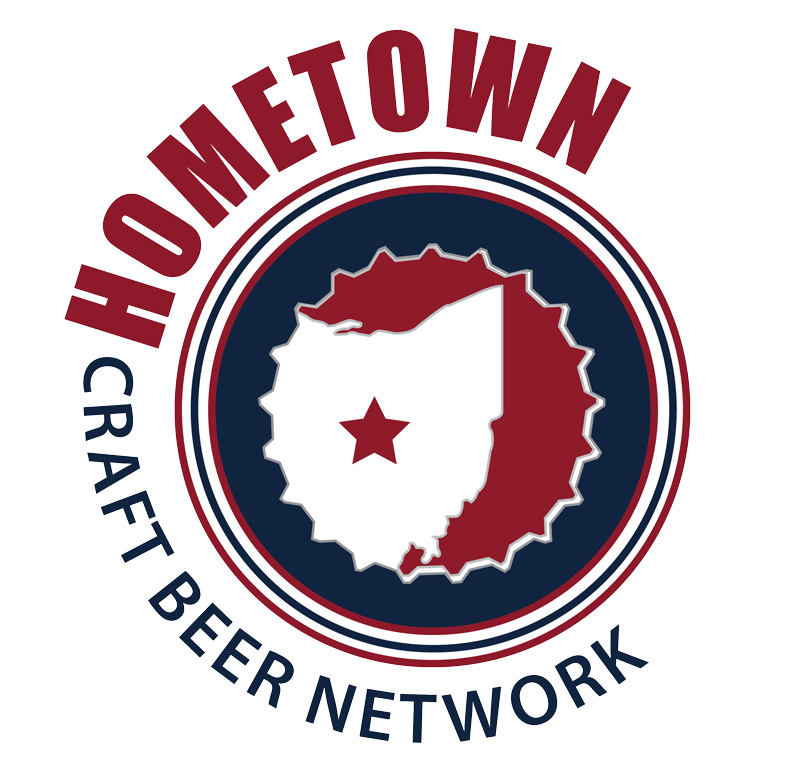